The Story Behind the Song #17: God's Calling Them (A Song for Mike and KC) 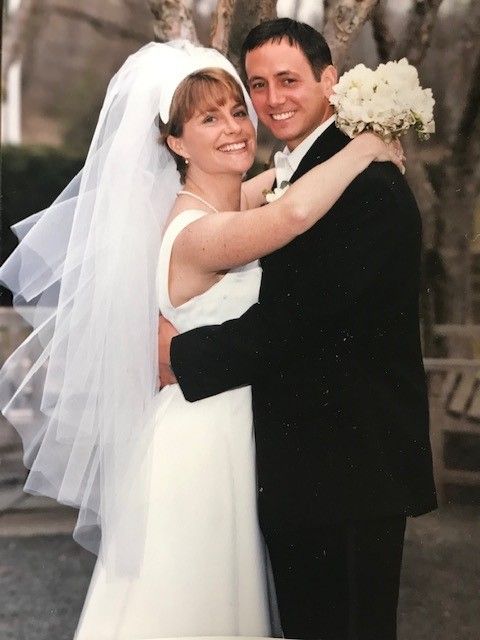 (The above photo was taken on their wedding day in April of 1999.)

KC was one of the first people that I met when I arrived at Luther College in Decorah, Iowa as a freshman in the fall of 1988.  She was athletic, outgoing, and a lot of fun.  We took bike rides together and shared many of the same friends.  I have a picture of us one halloween with her dressed up as a man and I was the bride.  Back then you didn’t have to worry about people taking such things seriously.  It was just a fun thing to do.  I left Luther after my sophomore year to attend the Air Force Academy, but after I graduated in 1994 I attended graduate school at the University of Minnesota in Minneapolis for one year.  KC’s home wasn’t far from there so we reconnected and she introduced me to Bible Study Fellowship, a weekly interdenominational Bible Study, which I continued to participate in for the next seven years.  We’ve stayed in touch via Christmas letters, but haven’t actually seen each other much since I left graduate school.  I was invited to her wedding in 1999 and “God’s Calling Them” is the song that God gave me for them when I prayed about it.  The following is her account of how the Lord brought her and Mike together and what has happened since.

“Mike and I met through a mutual friend and knew that each of us was ‘the one.” We married in April of 1999 and spent our first 3 years of marriage out in California where KC went to seminary to receive her Master’s of Divinity Degree. Mike, after a short stint in dental school, followed his call into teaching. He taught physics and chemistry for many years before landing in administration. KC and Mike now have 4 beautiful children all growing up with a strong faith in Jesus and through their Christian school and their loving church community are learning to walk in the ways of Jesus.  KC is blessed to be an associate pastor at Hope Church where the family is all actively involved.  Mike is blessed to be the vice principal of the Christian school the kids attend.  Our vision for the future is to keep living our calling in this world – to nurture young people and to draw others into a life changing relationship with Christ.  We want to be a light in our neighborhood, in our family, in our church, school and community.  We believe in a BIG God and that “he who began a good work in you, will be faithful to complete it” (Phil 1:6)” 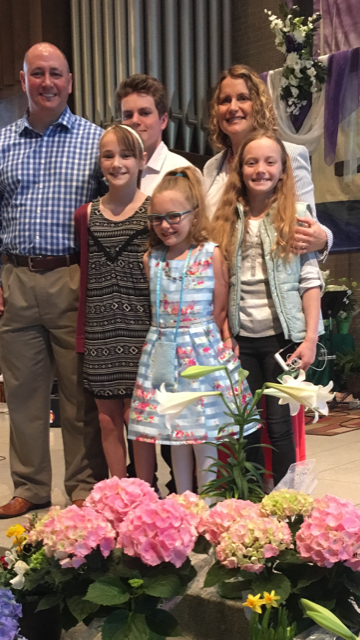 (The above photo is of the DiNardo family about 18 years after their wedding - 4 kids and a dog later - still in love later!)